By Misha Khan and Ameena Naweed

A Glance at Lahore – Of Havelis, Darbaars, Mahals and Masjids

The consequential timeline of Lahore makes it one of the most historically rich cities in the world. Mythology relates that in 1000 BC Loh-awar, or Lahore, was founded by Loh, son of the Hindu God Rama. (For those of us who have trouble with Mathematics, please don’t try counting 1000 BC on your fingers, you will find it to be a challenge.) The first Muslim leader to settle in Lahore was Sultan Mahmud of Ghazna. Under the rule of the Ghaznavids, Lahore prospered as a stronghold of Islamic culture. In 1187, the Ghorids (a dynasty of Eastern Iranian descent) invaded the empire of the Ghaznavids, turning Lahore into a frontier city which was to face several future invasions.

Lahore reached the peak of its opulence during the Mughal era. After coming to power in mid-1500s, Akbar built the Lahore Fort or the Shahi Qila. It was Jahangir in the 1600s, though, who started Lahore’s architectural evolution, adorning the Lahore Fort with exquisite portrayals of birds and wildlife. Shah Jehan started the age of white marble, embedding jewels and precious stones into architecture. He built a heavenly mosque in the fort, well-known as the Pearl Mosque, or Moti Masjid. Lahore flourished as an alluring city in the time of Shah Jehan; he made many monuments here, the most important ones being the Shish Mahal and the Shalimar Gardens. Most would know him as the romantic emperor who built the stunning Taj Mahal in memory of his beloved wife. (As in most romantic stories, we tend to miss out the less romantic parts i.e. Shah Jehan’s sons, in fear of the empire going bankrupt, locked their father up in a tall tower, for such an “expensive” romance!) When Aurangzeb ascended the empire in 1658, he built the Alamgiri Gate, which served as an entrance to the newly made Badshahi Masjid, one of Lahore’s grandest and most renowned monuments.

After the sovereignty of Aurangzeb, the Mughal empire started to diminish and the eighteenth century saw Lahore came under Sikh rule. Ranjit Singh, the ruler of all major Sikh troops in India, made Lahore his royal capital city. In 1740s, invasions by Afghans and resultant wars severely damaged many of Lahore’s strategic monuments. Ranjit Singh refurbished Lahore’s defenses, and added Sikh gurdwaras, Hindu temples and more mosques to the landscape of Lahore. Sikh Rule continued in Lahore until the arrival of the British in 1849.

Some of the most arresting architectural planning in Lahore came about under British rule, when Sir Ganga Ram introduced  modernity to the city by building the Lahore Post Office, the Museum, and most importantly, multiple colleges including Aitchison College, NCA, Lahore College for Women etc. He also constructed Model Town, a suburb that is now the cultural centre for Lahore’s growing socio-economic elite. His hard work towards this growing city earned him the title of Father of Modern Lahore.”

Lahore has played a principal role in the struggle for independence of Pakistan. Lahore Prison was the chief location used by the British to hold captive many prominent revolutionaries such as Shaheed Sardar Bhagat Singh. Lahore was also used by The All India Muslim League to hold their most important session in which Mohammad Ali Jinnah, the leader of the League, publicly proposed the Two Nation Theory for the very first time. This event is also most famously known as the Lahore Resolution, and is marked by the construction of Minar-e-Pakistan. As we walk through the streets of Lahore today, we see it is steeped in symbolism of Pakistan’s history.

After the Partition from India in 1947, with the help of the United Nations (UN), the newly built Pakistan was able to restore most of Lahore’s monuments, especially Lahore Fort and the Badshahi Masjid. Lahore became the capital of Punjab and earned its significance as the pivot of the biggest industry in Pakistan, that of agriculture.

All of us have heard Lahore being called the Walled City, which it, in fact, is. Lahore was initially surrounded by 13 gates but only 7 of them survived the multiple invasions and wars. The city within those gates was termed the Inner City, or as we Lahoris call it, Androon Sheher, which hosts the Lahore Fort. In 1981, Lahore Fort and Shalimar Gardens were inscribed as UNESCO World Heritage Sites.

Androon Sheher also boasts some of the most glamorous mosques ever; the Badshahi Masjid in all its Mughal grandeur, the Wazir Khan Mosque, celebrated for its large-scale tile work. Another prominent location here is the Daata Darbaar, the tomb of Hazrat Syed Abul Hassan Bin Usman Bin Ali- Hajweri, the famous Sufi saint of South Asia.

Androon Sheher can also brag about having some of the world’s most magnificent havelis (mansions), including Haveli Baij Nath, Haveli Dina Nath and Haveli Mubarik Begum. The Samadhi Haveli of Ranjit Singh is also a landmark as it is a stunning mixture of both Hindu and Muslim architecture.

There is a pride in knowing how much our city has been through, a lot of which still surrounds us today. If only we take the time to remember, and acknowledge these symbols of our past. The government has declared old buildings present during the Partition as Heritage Sites. However, without our conscious effort to visit these places, to learn about them and understand their significance, they become nothing more than tourist hotspots. The citizens of Lahore do not visit these monuments; we do not know enough about them. With this illustration of one of the most historical cities in the world, we finish this month’s feature on A Glance At Lahore.

And if you’re anywhere near Islamabad, do visit the Katas Raj Temples after reading up on our  list of Do’s and Don’ts for your visit! 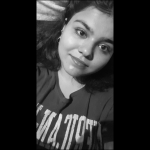 About Misha Khan and Ameena Naweed

Misha and Ameena, both 16 years of age, have been best friends for 9 years, and live in Lahore. When they are together, their quick wits are cause for entertainment and headache. Their shared favourite subject being English Literature, they love to discuss novels. And they love to gossip. Ameena thoroughly enjoys writing narrative stories. She reads and plays tennis in her spare time. Misha plans to start taking part in essay competitions this year. She reads and watches sci-fi and comedy in her spare time.